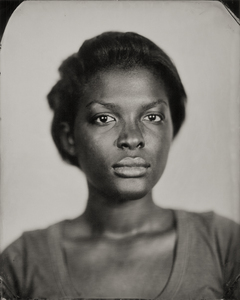 “Perhaps that is what is most striking about these pictures: The people portrayed still appear to be growing into them, still seem in the process of becoming themselves. In this way, Anderson-Staley’s work transcends the undoubted curiosity value of her chosen medium. Before they are tintypes, these pictures are portraits, portraits of contemporary Americans (perhaps, even, when seen collectively, a portrait of contemporary America). As such, they raise the whole question of photographic portraiture, of what exactly can be deduced about an otherwise unknown person from a mere picture of his or her face.”

[Hyphen] Americans is a series of tintype portraits made with chemistry mixed according to nineteenth-century recipes, period brass lenses and wooden view cameras. Composed of thousands of portraits, the project is a broadly diverse collection of American faces. Each individual in the project--identified only by a first name--defiantly asserts his or her self-hood, resisting any imposed or external categorizing system we might bring to these images. At once contemporary and timeless, these portraits raise questions about our place as individuals in history, and the role that photographic technologies and the history of photography have played in defining identity. 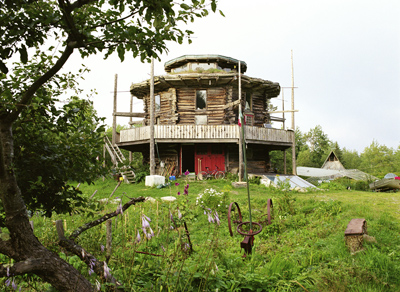 “I love the light that comes through the structures, the earnest dedication with which Jenn makes a bow-drill (a primitive wood and cord fire-making tool), and the way the large format cameras capture crisp detail throughout the deep focal range. The images are so quiet you can almost hear the pine needles fall, and the winter palette of neutral browns with occasional punches of bright color enhances this sense of place.”

Off the Grid is a study of thirty families living in Maine without electricity, plumbing or phones. Scattered throughout the Maine woods, these homes are disconnected from the grid of wires and media that bind distant Americans together. Although they have all rejected aspects of the modern world, their beliefs and commitments vary widely—ranging from environmentalism to evangelism to anarchism. Yet the families living in these homes—and on the occasional commune—form a sort of makeshift community. I see this project as an examination of how homes become an expression of personal ideology. I am especially interested in depicting the relationships between people and their homes through the mundane details of the material worlds they have built around themselves.

Tensions within families, between generations, and between individuals and larger communities are among the psychological themes explored. I am especially interested in capturing the complex attitudes of the children as they echo their parent’s pride while still exhibiting some frustration and discontentment. The new wave of homesteaders in their 20s and 30s is also surprisingly strong. Although their gardens and homes look similar to the ones built in the 70s and early 80s, there is a different atmosphere. At the same time, they are still bathing their children in the same metal tubs I remember using as a kid.

I am drawn to the beauty of the crude, hand-made structures, and I have worked to develop a photographic style appropriate for representing them. For these families, their home is their masterpiece. Many of their systems are improvised and idiosyncratic, developed over many years. As many of the subjects use the sun as their primary energy source, my photographs are concerned with natural light. Gardens, wood, ice, and the forest run through the project as unifying visual motifs. Captured across the four seasons, there is also a cyclical structure to the project. I grew up in one of these log cabins, and this project started with my own family.  Returning to photograph the area where I grew up, I am aware of being both an insider and an outsider. I do not want to over-romanticize this way of living or over-estimate the role it might play in resolving the global environmental crisis. I feel it is important to engage in discussions about the way we live and how our domestic lives impact the broader world. My intention is not to judge or present these families in an ironic light.  Many of the families in this project describe happiness, even as they recount the daily struggles of survival. It is this mix of attitudes that I am seeking to capture. 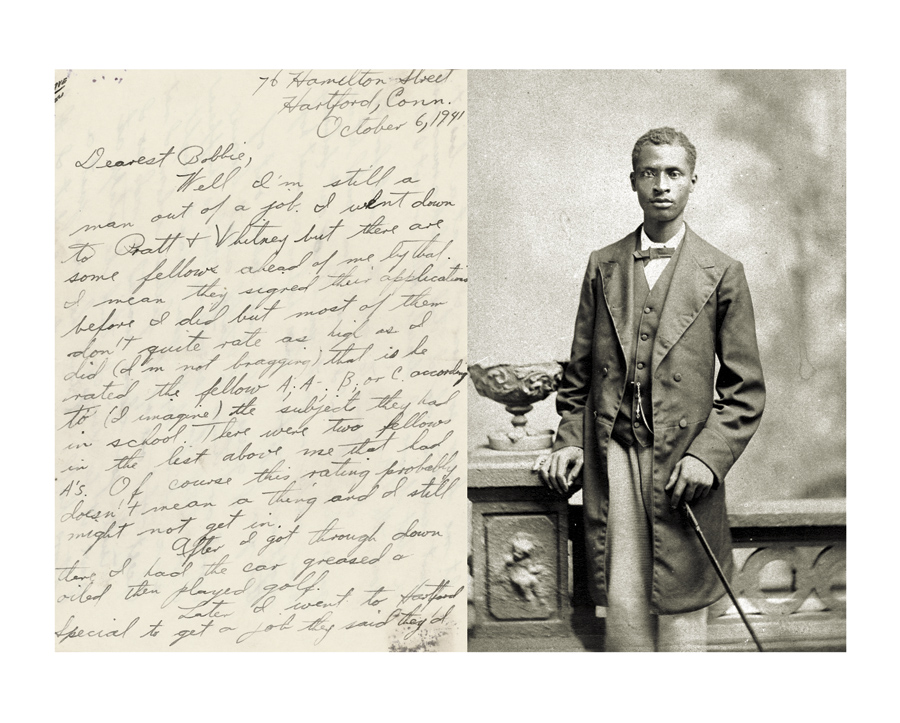 An Archive of Inherited Fictions:

Inherited Fictions: Imagined Family Heirlooms:  is a photography-based series of installations that combines antique images I have collected with my contemporary tintypes and arranges them among found textiles, antique letters and recreated “heirlooms.” With these disparate objects I create potential, but imaginary, heirloom collections. The installations draw attention to the narrative dimensions of identity creation and to the role that images play in establishing a sense of continuity with the past. The project complicates the line between originals and replicas, real history and fiction, actual family heirlooms and appropriated ones.

This project developed out of my series of tintype portraits, [hyphen] Americans, which also utilizes the nineteenth-century wet plate collodion tintype process. Like the photographers of the 1850s, I use hand-poured chemistry that I mix according to original recipes, period brass lenses, and wooden view cameras.

Hung the same way family portraits often are, these installations seem to represent a real family, as if some individual with the right set of stories could provide the key that would finally make sense of them. However, no such key is available, and the collections serve as a haunting reminder of the ease with which family histories are forgotten.

The project draws attention to the rootless nature of contemporary identities. We all assemble and create our identities from fragments of the past. Some of us carefully reconstruct genealogies and can name the individuals in family photographs back multiple generations, while others see only strangers in old albums and shoeboxes. Some choose one ancestor or one ethnic affiliation to identify with over another. Through the images we hold on to, we all seek to forge identities, to assimilate into traditions and put our lives into historical contexts. These installations are a visualization of this process on a grand scale.